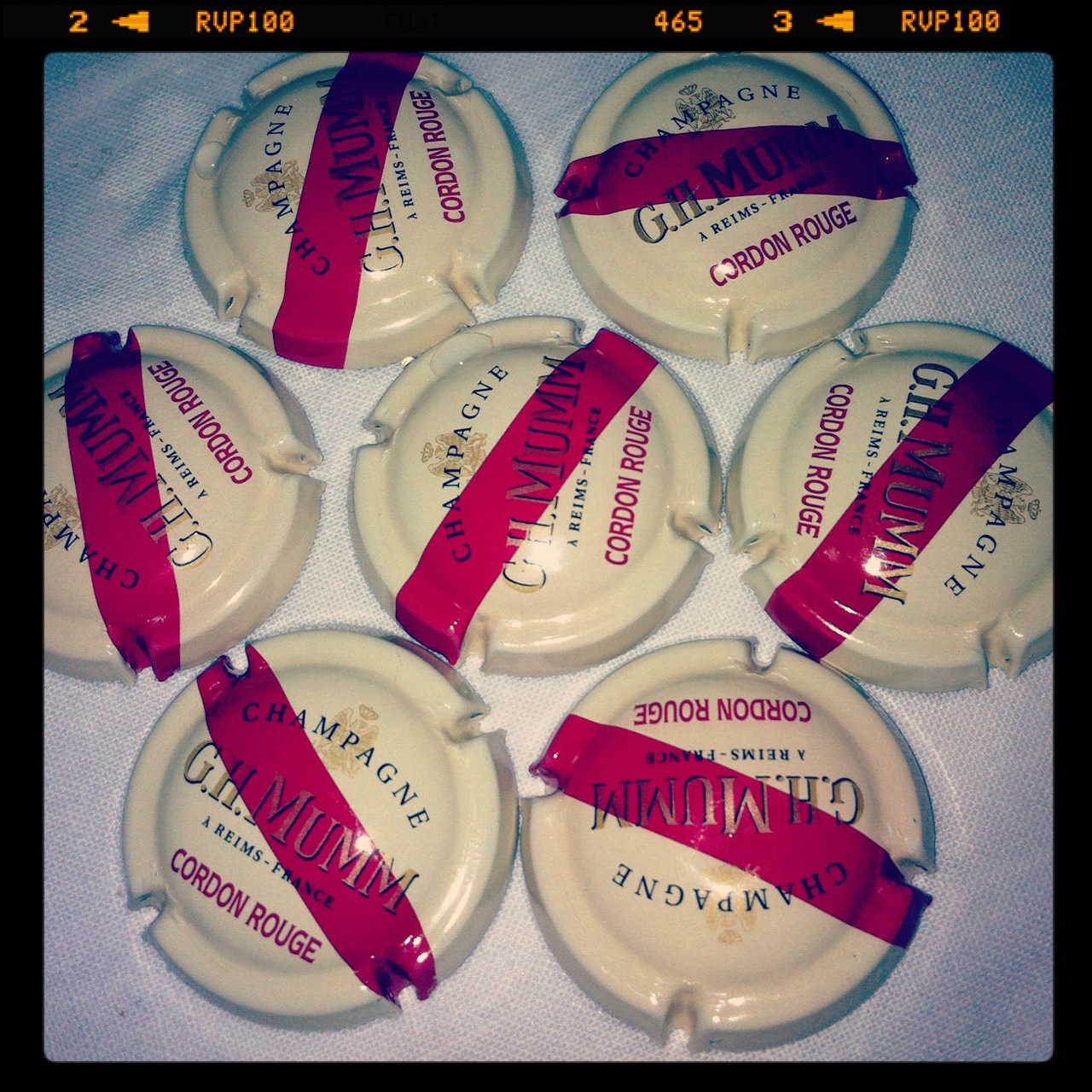 On my first Christmas with my new French family, we were living in Japan, in a small village on the Chiba peninsular about 80km, and a thousand years away from Tokyo. My parents-in-law were coming to visit our dolls house apartment to take the opportunity to see a part of Japan that not many tourists do. Naturally they asked if there was anything I would like from France. Naturally, I asked for a bottle of Champagne. Then they asked me which one. At that time, almost 20 years ago, my knowledge of the different champagnes available was limited to the large houses. Knowing that even in France, Bollinger was a bit pricy, I modestly asked for a bottle of Mumm, because I liked the label and it came in a nice tin!

That bottle of Mumm was chilled and then thoroughly enjoyed in my parents-in-law’s company sitting on the floor of a tiny little tatami mat living room, where for the time it took to finish the bottle, I closed my eyes and forgot where I was living. Champagne does that – it transports you to another world.

So what was it about Mumm that so entranced me that night? Firstly the elegance of the ‘Cordon Rouge’, and the simplicity of the label. It all just seemed a little bit posh, especially on the floor in my dolls house. There was a certain crispness to the palate, that I now recognise as being a sign of a non-vintage brut, but at the time was just a taste of what separates champagne from the rest.

It was with great delight, then, to discover almost 20 years later, that Mumm (or more precisely G.H. Mumm) was the official sponsor of Australia’s first ‘Diner en Blanc’ in Brisbane. For the uninitiated, the “Diner en Blanc’ is a kind of pop-up gourmet picnic, where all the attendees dress in white, eat off white china and act with the utmost of decorum. It is an invitation only event, and those lucky enough to be going have no idea of the location of the picnic until the last minute, only adding to the excitement. It is a tradition that started in Paris in 1988 to relive the elegance of court society. As such champagne is the perfect beverage, and in this case Mumm such an appropriate sponsor.

Mumm was founded in 1827, and some would say it’s glory days were in the 1950s – such an elegant era. The non-vintage Cordon Rouge is very popular in America, but the house is gathering a steady following in Australia as well. In addition to the non-vintage, they have over 20 different cuvées and some excellent vintages.

And now those clever people at Mumm have released an iPhone app called ‘Champagne Protocoles’, with all the tips you will ever need about, well, champagne protocol! It covers subjects from how to choose your champagne, to serving it, and storing it.  Titled ‘The 100 Protocoles’, my only complaint is that is says ‘Your guide to becoming a gentleman of champagne’. But, I’ll have to forgive them, this time, for being gallant and subliminally suggesting that a lady just needs to wait to be served!

Santé, Mumm, for showing us all how to enjoy champagne properly!

Ode to Mumm and the Diner en Blanc