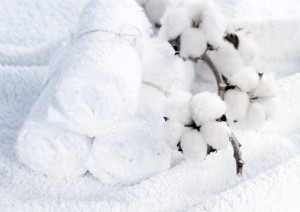 I love nothing more than wrapping myself up in a white fluffy towel after stepping out of a relaxing bath. In fact, I once had dreams of writing “The White Fluffy Towel Index of World Hotels”. I saw myself travelling the world and rating all the hotels I was lucky enough to stay in purely on the quality of the towels they had on offer. Preferably while working my way through the champagne list – all on an expense account. Needless to say, it didn’t happen. But I still do take great interest in the fluffiness of the towels every time I am lucky enough to stay in a hotel.

I don’t often get to stay in hotels, particularly in my own city. So it was a treat recently when I stayed a night in the Hilton Hotel, Brisbane, on the occasion of my 20th Wedding Anniversary.

I had been offered a night for two at the hotel in thanks for hosting the Babes in Business Melbourne Cup Luncheon in November. While I initially thought it would be quite strange to stay the night in a hotel in my own city, I soon realised with our Wedding Anniversary coming up – it would be the perfect escape. I was also excited to be able to be the one who ‘earnt’ this experience, since most of the time we have stayed in hotels in the past has been because of my husband’s work, and not from any effort on my part. I was quite chuffed to be able to take him along for once as my ‘plus one’!

We were thoroughly spoilt by the staff at the Hilton, who even offered is a bottle of bubbles for the occasion. I had also bought along the bottle of Veuve Clicquot Rosé I had been given at the Melbourne Cup function, so we were set!

From the serenity of our room, we had a brilliant view of the hustle and bustle of the crowds below in the King George Square. They were congregating for the nightly Christmas Light Show that was being projected onto the City Hall. There was something surreal about looking down on it all unfolding below us.

I had been hoping to get into the city earlier to stroll around the shops a little more, but my husband was mysteriously held up, and didn’t make it home as promised. It was two days before Christmas and was a pretty chaotic time all round – I just wanted to escape for the night, though!

Apart from booking a hotel and making sure there is champagne to drink – how does one celebrate 20 years of shared history? It is really difficult to find a gift for a man who doesn’t like jewellery. So I had been thinking long and hard about what to get. Our most common shared interest is champagne, and for years we had been trying to find some hollowed stemmed champagne coupes. Coupes are not usually the best way to ‘taste’ champagne because the bubbles don’t have enough room to rise up properly, but they are so elegant to hold! The hollow stemmed ones that were made around the 1920s, though, are a good compromise, because the bubbles have the height of the stem to help them rise.

I set out on a mission to find a set of those hollow stemmed coupes! I finally found six on eBay, and my mother saw some in an antique shop in Adelaide when she was on holiday. I eventually ended up collecting a 20 piece set of coupes (2 sizes), brandy glasses, a decanter and a nut bowl. I was pretty pleased with myself!

What I would be given as a gift to mark the occasion, I didn’t dare to think. Close friends of mine know that in my shallow youth I would loudly proclaim that I would never get married for anything less than a carat. Shallow, I know. I was also quite young when I got married in the end, so it was a bit of a pipe dream. To save face, I would tell everyone he got me on a half price sale! There have been so many occasions since our engagement that I thought my engagement ring might be ‘upgraded’ to a bigger stone, but they all passed uneventfully, so I had given up hope on that one.

Imagine my surprise, when on the morning of our anniversary, I was presented with a beautiful cushion cut diamond over a glass of Jacques Selosse! I couldn’t believe my eyes. My husband toyed with the idea of actually putting it IN my glass of champagne, but since the stone was not yet set in a ring, he was afraid I might swallow it with the rest of the bubbles in my glass!

Then the story of the ‘getting of the stone’ unfolded, and I it will give me enough giggles for the next 20 years. It also explained why were so late getting to the hotel.

As men are want to do, even with the best intentions, he did leave it until rather late in the piece to start his research into diamond traders in Australia.  That being said, he did his research thoroughly, but was only able to have something delivered to him on the day we were going to the Hilton. He unexpectedly had to go out, but left our 13 year old son in charge of listening out for the postman to come – since he knew the parcel had to be signed for. The postman came, sure enough, but he would not let my son sign for the parcel, because he was under 16. Then the fun began!

After getting home and finding he had missed the postman he set out in his car to travel the suburb looking for ‘the postman’. Except ours is a big suburb and there is more than one postman, and a rabbit warren of streets to follow. He tried his luck at the post office delivery centre, and while they could not locate the parcel, they could tell him the route that ‘our’ postman followed, although said they could not call his mobile to ask where he actually was.

What followed would have been the hilarious sight of a crazy French man beeping his horn, leaning out the window and waving his paper at anything on a scooter in a high visibility best yelling ‘You ‘ave my parcel’. He finally did catch up with the postman, who was on the phone. To the post office, as it turns out. He looked up and said ‘Are you Re….re….remoul?’ ‘Reboul, yes! – do you ‘ave my parcel?’ ‘Nah, mate, I left at a the delivery centre, they just didn’t see it when you called in before. You better hurry, it closes at 4pm.’ It was 3.58pm. 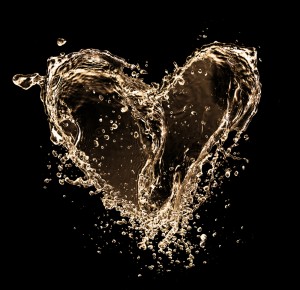 If only diamonds could speak – sitting elegantly in it’s cushioned box next to a flute of fine champagne, you would never know the adventure it had been on!

And the towels at the Hitlon? I am happy to report that they were extremely fluffy. And white. They would definitely score the top rating in my “Fluffy Towel Index of World Hotels!’

We don’t go into the Valentine’s Day hype much, but we always use it as a valid excuse to drink a wonderful bottle of champagne.

This year we have a lovely Paul Dethune Blanc de Noir chilling in anticipation.

What will you be drinking?

If you are feeling all loved up and would like to here some more champagne love stories, click on the link below to listen to our Flute Enthusiast Episode on Bubbly Talk Radio where it was all about love!
Popular Entertainment Internet Radio with BubblyTalkRadio on BlogTalkRadio