Mellow or Malo – learning the lingo! 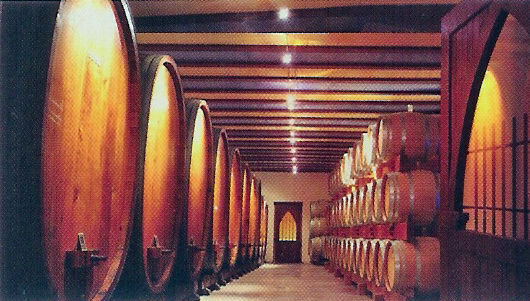 Have you ever been at a champagne tasting and heard someone very knowledgeably say “This has a bit of Malo in it”? Then have you continued to sip your glass and wonder what on earth it is that they are talking about? “Mellow?” you would be forgiven for wondering. But none of us really want to ask what is meant by that, because we don’t want to look unknowledgable, do we?

I am here to help!

When someone mentions ‘Malo’, they are talking about the process of Malolactic fermentation. Malolactic fermentation is a naturally occurring bacterial process which converts the malic acid in the clear wine, which is tart and acidic tasting, into a softer more ‘milky’ tasting lactic acid. It’s a bit like turning tart green apples into something more palatable by adding some yoghurt.

It’s not a process that is exclusive to champagne making, in fact it is present in the production of most wines.

In champagne making, it happens between the primary and secondary fermentations, and results in a much rounder taste.

Most producers let the malolactic fermentation process occur, particularly for non-vintage champagnes which are sold relatively young and don’t have a lot of ageing in the cellar.

That all seems to make sense, so the next question you might be forgiven for asking is “Well why WOULDN’T it have malolactic fermentation?”

Malolactic fermentation is blocked by one of three methods:

So, which champagne makers decide to block the ‘malo’? There aren’t many mainstream ones, but Krug, Lanson, Salon, Tarlant, Le Brun Servenay, Larmandier-Bernier, and Penet Chardonnet, to name a few are known to block the malo process in their vintage cuvées. There also seems to be a growing concern that global warming may have an effect on the ripening of the grapes, so a lot of smaller grower producers are starting to experiment with blocking the malo process in order to preserve the refreshing acidity of the wine.

So there you go! Clear as a cloudy Cuvée?

So getting back to the knowledgeable person who made you doubt your tasting credentials way back in the beginning, it really wasn’t such a knowledgeable statement to make in the first place, since most champagne does ‘have a bit of malo in it’!

And if by this stage this ‘malo’ talk has all become a bit too technical and serious – that’s quite OK!

Just enjoy your glass and ‘mellow out’!