Reflecting on Women in Wine

This year on the occasion of International Women’s day on 8 March, I was lucky enough to be hosting an event to celebrate Women in Wine in Australia with The Fabulous Ladies’ Wine Society and The Truffle Man. 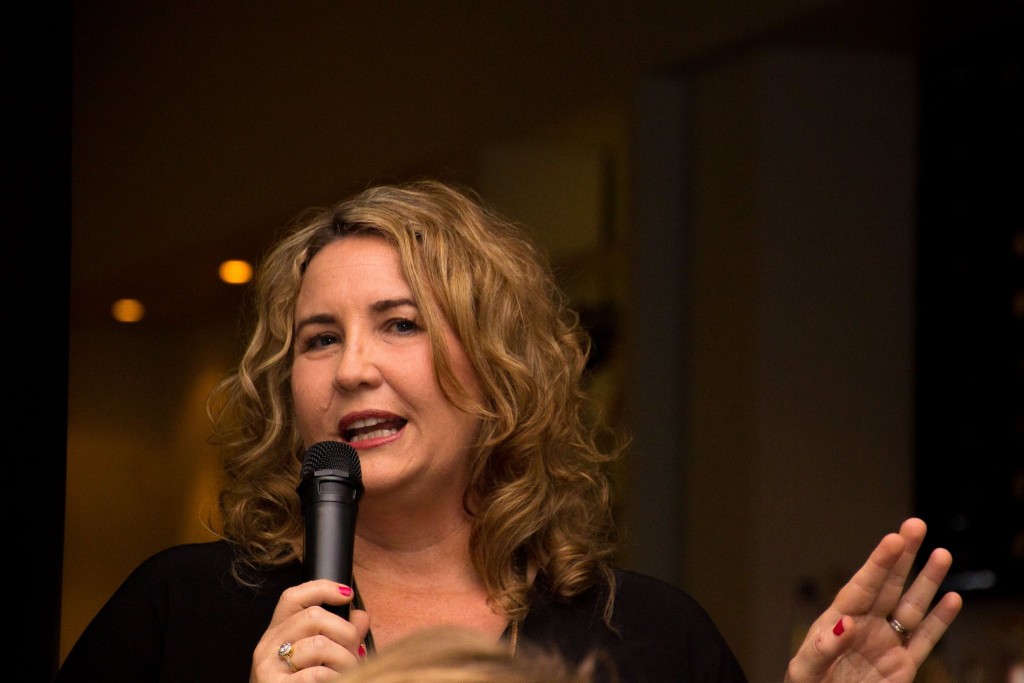 It was a compelling evening. Guest speaker was Natascha Mirosch, Editor of the Queensland Good Food Guide, who spoke of her early days as a young journalist looking to break into food and wine reviewing. She had some hilarious accounts of what her 23 year old self thought she was capable of doing and the mistakes she made in her naivety. We were also joined by the larger than life Dianne Laurance from Laurance Wine. Dianne is the inaugral winner of the Australian Women in Wine Champion of Change award, for her work promoting gender equality in the wine industry. 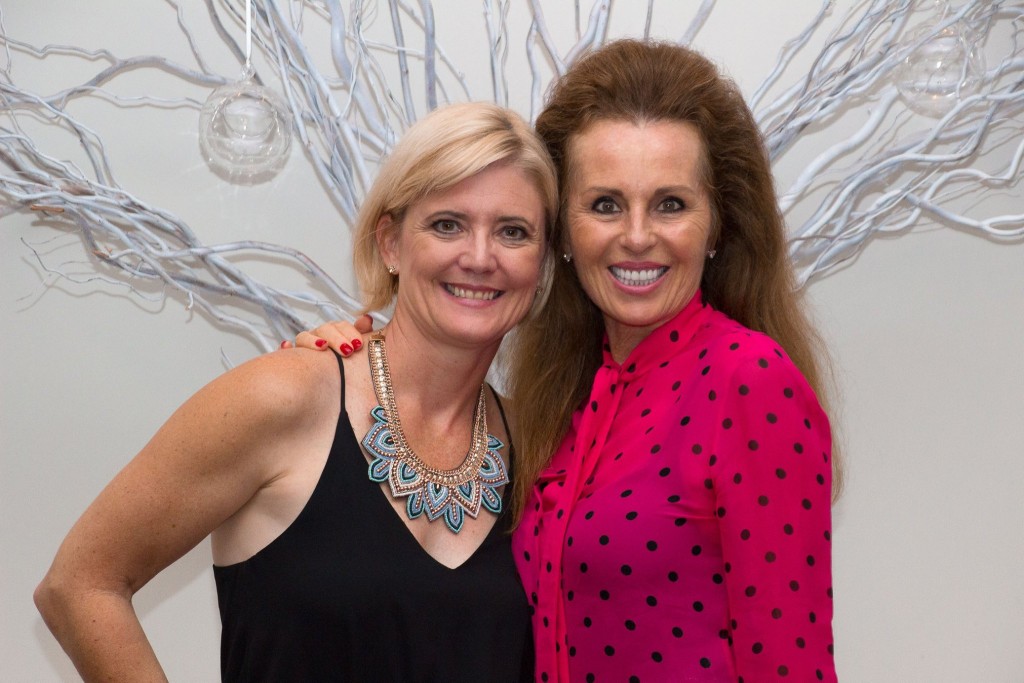 In fact, Dianne is a a bit of a superstar in the world of female entrepreneurs, and I was slightly overwhelmed in her presence. Apart from counting Julie Bishop and Serena Russo as close friends, She was inducted as an Honouree, Leading Women Entrepreneurs of the World (LWEW) in Vancouver in 2005, a not-for-profit organization that represents the world’s most powerful and successful female entrepreneurs. Not only that, but she is a member of the Clinton Global Initiative (CGI) which was established in 2005 by President Bill Clinton. This organisation convenes global leaders , to devise and implement innovative solutions to some of the world’s most pressing challenges. Dianne’s work involves empowering Indigenous women and girls through the sale of their art globally in order to preserve their culture and history, while providing a business venture and financial security for these girls and their communities.

We also had Paola Cabezas in attendance.  Paola is an Argentinian wine maker who moved to the Granite Belt in Queensland 13 years ago and is currently chief wine maker at Robert Chandon Wines. 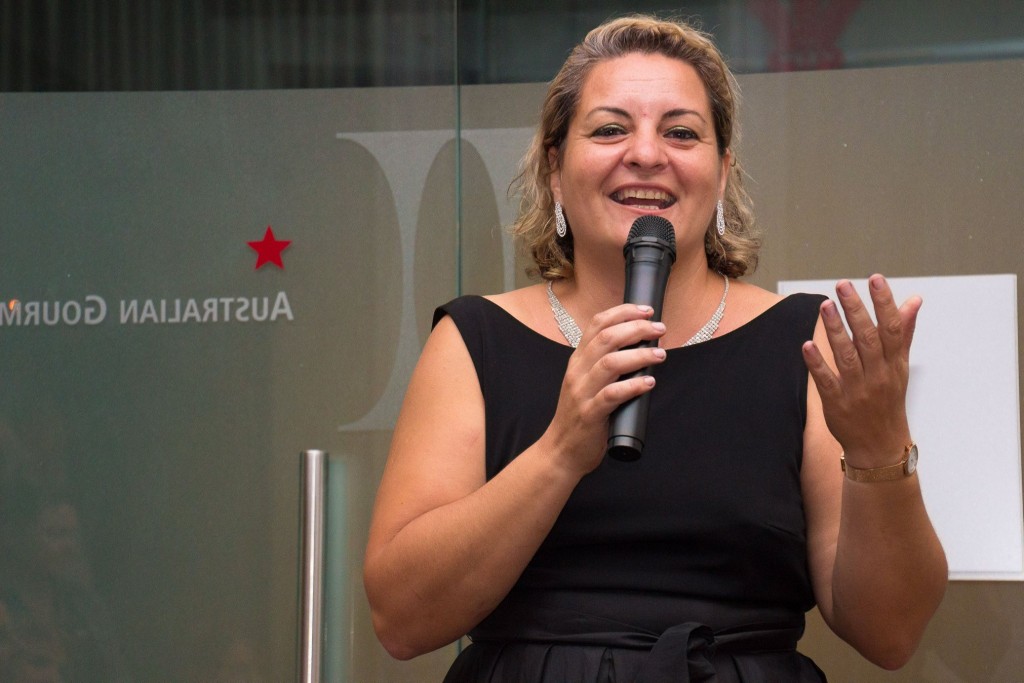 With all that girl power in the room, it is hard to comprehend that women are seriously under-represented in the wine industry in Australia. Current figures suggest that women only represent 8 – 10% of the work force in the industry, and this figure is on the decline.

Surprising also, given that recent statistics released by Roy Morgan research show that in Australia, women drink more wine than men. The study showed that during 2015, 4.6 million Australian women 18+ (or 49.0% of the adult female population) drank some kind of wine – white, red, sparkling and/or fortified – in an average four weeks, compared to 3.7 million of men (41.2%).

Then I think back to the Champagne region and all the strong female characters that are woven through the tapestry of its history.

Champagne actually has a lot to thank its women for. In a field mostly dominated by men, a select few woman have been influencing the way champagne as we know it is enjoyed. Louise Pommery (d. 1890), Barbe-Nicole Clicquot Ponsardin (d. 1866), Camille Olry-Roederer (d. 1972), and Lily Bollinger (d. 1977) have all been huge influencers in a country that didn’t even allow woman to vote until 1944.

Louise Pommery, after having trouble convincing investors to back her in 1868, turned a small house into one of the largest champagne houses in the world by the time the First World War came around. It is a little known fact that she invented champagne the way we know it. Previously, champagne had been more of a dessert wine and was very sweet, with a dosage of about 100g/l of sugar. Mme Pommery wanted to produce something lighter and more elegant, so cut the dosage down to a few grams/litre and ‘Brut’ as we know it was born.

After taking over the reins of Clicquot Ponsardin in 1805 following her husband’s death, Veuve Cliquot had turned the small company around to be one of the most well know Champagne houses in the world by the time of her own death. Not only that, but she is credited with inventing the ‘riddling’ technique to rid the deposit, or lees, from the bottle. She also invented Rosé in 1818 by adding some red wine from the Bouzy region into a single cuvée.

Camille Olry-Roederer inherited a house ravaged by decades of war. A beautiful woman, she flaunted what she had and was a huge socialite. Through her international connections of beautiful people, she managed to get Roederer to the US market. When she died the house was flourishing and “Cristal” was the drink of choice for many celebrities.

Madame Lily Bollinger also inherited a house that had suffered at the hands of the Nazi occupiers. However, she had already helped her husband run his business and had a very good palate.  And she left us with some wonderful quotes and excuses to drink champagne. 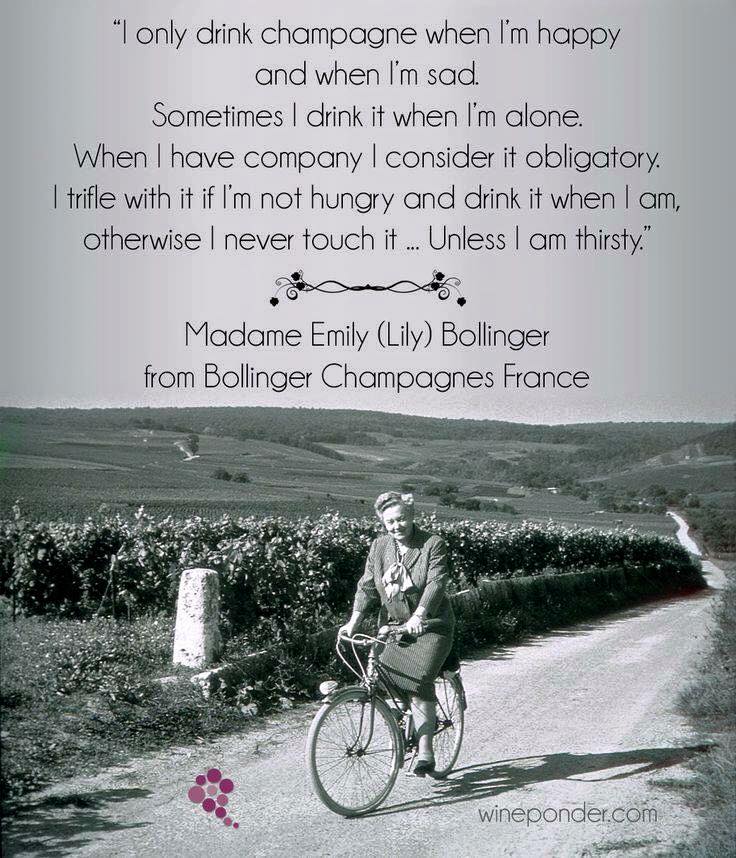 These women were all widows and excelled in their work after being thrust into it in the most tragic of circumstances.

Fast forward several decades, and according to Caroline Brun, daughter of Roger Brun (Champagne Roger Brun), it is hard nowadays to get taken seriously as a women in the region. Born and bred in the hallowed grounds of Aÿ, Caroline is the first woman in her family who is responsible for managing her own label within their range.

So why the disparity? I have no answers. The theme of this year’s International Women’s Day was Pledge for Parity, so it’s an interesting time to reflect that very question.