The night a little piece of France came to town

Last night a little piece of France popped up in the inner west of Brisbane. And it was quite lovely.

A ‘pop-up’ French Restaurant called Bistro Éphémère, to be precise. The concept intrigued me from the start. When I heard that there was going to be a French restaurant opening for two nights only at a mystery location, in the general vicinity of my house, I jumped in and booked a table for two.

And then I started thinking about it. Knowing the organisers, I knew that the food would be fantastic, but what interested me was how they would portray a French Bistro. And where. And would there be champagne.

So often, when anything French gets mentioned here, the ‘tricolor’, Eiffel Tower and red berets are ever-present to remind us that it is a French occasion. When in truth, nobody really drinks champagne wearing a red beret in sight of the Eiffel Tower in France. Unless it’s a model for an advertising shoot. And chic French Bistros aren’t decorated in red, white and blue.

However, I was desperately looking forward to the night out, and as our table for two swelled to a table for 12 I really didn’t mind how Frenchy the place was made to be, because I knew I would have fun, regardless, with the wonderful group I would be with.

The anticipation built over two weeks. The menu was released, offering good, honest Bistro grub, like cassoulet, steak-frites and bouillabaisse. And champagne.

But still we wondered ‘Where would it be?’

On the afternoon of the event, I received a text informing me of the mystery location, and I couldn’t have been happier! It was in a recently closed restaurant that was quite an institution in our local area. A winner of a number of restaurant guide awards, many a memorable meal had been enjoyed there, and locals were sad to see the doors close for the last time. Or so we thought!

And so I got my French on, made my way at the specified time, and arrived to see the old restaurant glowing warmly from inside. And not an Eiffel Tower or beret in sight. Not even a French flag. Just crisp white table clothes, silverware, polished glasses, and understated flowers. Just as it should be.

I took my place, our table gradually filled, and the laughter and chatter filled the air. It was magic. Ephemeral, even!

The champagne was poured – Louis Roederer, no less. Then the food arrived, plate after plate of beautifully presented unpretentious French delights. Every one was smiling. Everyone was happy.

Not one person at my table did I know before I lived in France, and most of them I have met through social media, which is even more remarkable. Yet, I was enjoying a quintessentially French meal with a group of people who are happy to spend the evening around a table, just like my friends in France. Only I wasn’t in France, I was on Milton Road. And I was so happy that I could be spending the evening with such a lovely group. I also felt very fortunate that there are people like the organisers, Natascha Mirosch and Dalton Hospitality, who have the energy and creativity to bring something like this to life.

The meal eventually ended, with a ‘digestif’ and cheese, and it was sadly time for us to walk out through the doors and back into Brisbane.

Bistro Éphémère, like the name suggested, stayed for the shortest of times and vanished into thin air, leaving only the memories behind. 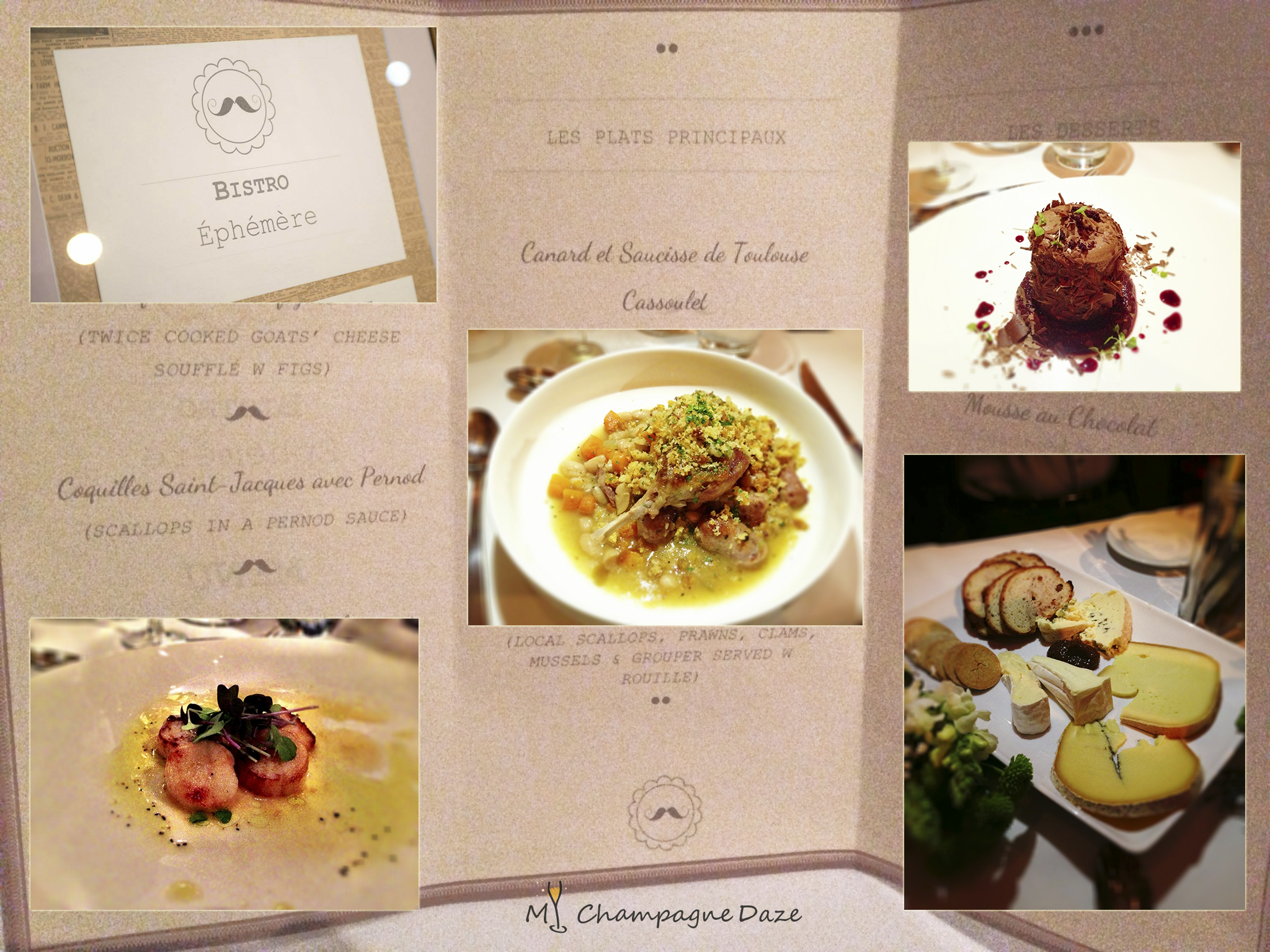